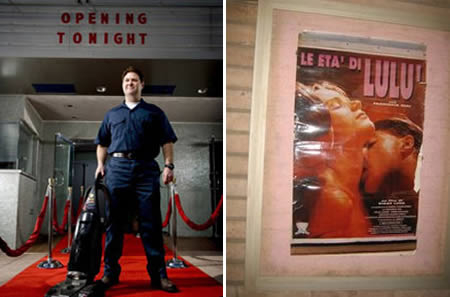 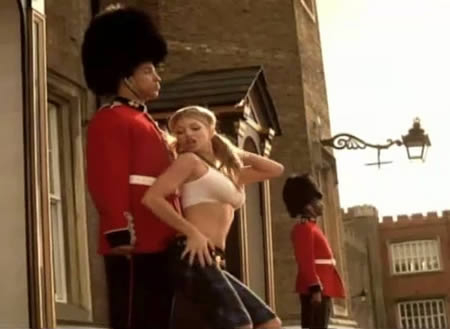 Guard duty at Buckingham Palace is regarded as one of the worst jobs in the British Army. Besides the fact that they have to stand for hours, no laughing allowed, they also have to look their best. Soldiers spend several hours each day cleaning and pressing their uniforms and polishing their boots in preparation for one of the many kit inspections that they are likely to face before taking up their positions outside one of the royal palaces. Any soldier whose turn-out is less than immaculate is likely to face a variety of punishments, such as extra guard duty. 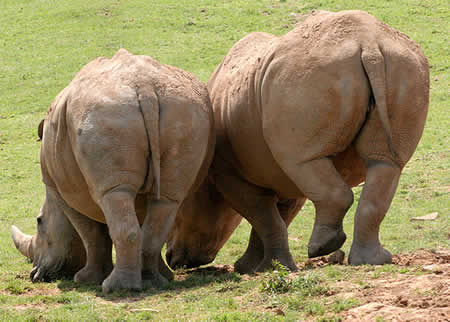 Researchers who want animal sperm -to study fertility  or for artificial insemination-have a suite of attractive options: They can ram an electric probe up an animal's rectum, shove an artificial vagina onto the animal's penis, or simply do it the old-fashioned way-manual stimulation. The first option, electroejaculation, uses a priapic rectal probe to send electricity pulsing through the animal's nether regions. "All the normal excitatory signals that stimulate ejaculation, like touch, sight, sound and smell, can be replaced with the current from the probe," says Trish Berger, professor of animal science at the University of California, Davis. "It's fascinating. Of course, this is a woman talking." Electroejaculation generally requires anesthetizing the animal and is typically used on zoo dwellers. The other two methods-the artificial vagina, or AV, and the good old hand-require that animals be trained to the procedure. The AV-a large latex tube coated with warm lubricant -is used primarily to get sperm from dairy bulls (considered the most ornery and dangerous of bovines). The bull gets randy with a steer; when he mounts the steer with his forelegs, a brave technician, AV in hand, insinuates himself between the two aroused beasts and deftly redirects the bull's penis into the mock genitalia, which he must then hold tight while the bull orgasms. Three additional technicians attempt to ensure this (fool)hardy soul's safety by anchoring themselves to restraining ropes attached to a ring in the bull's nose. Alas, this isn't always absolutely effective: Everyone who's wielded an AV has had at least one close call, and more than a few have been sent to the hospital. The much safer "digital pressure" is used mostly with pigs, who are trained from an early age to mount a small bench while the researcher reaches around with a gloved hand and provides appropriate pleasure-er, pressure. 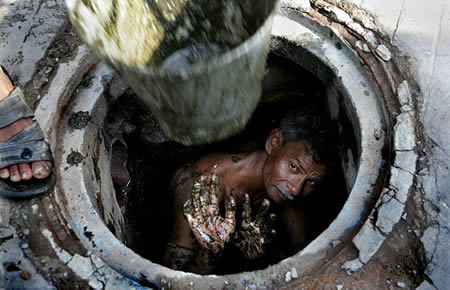 Ramesh Sahu works in the sanitation department of Calcutta, cleaning out the city's sewers. On a regular basis, Rakesh sits in a low crouch at the bottom of a seven-foot-deep manhole, sloshing away in a swirl of human waste and sediment. Equipped with a hoe and a steel bar, and wearing only a pair of loose purple underpants, Rakesh empties the thick black sludge from a clogged sewer into a bucket that his fellow crew  members hoist up and dump in the middle of a narrow road. A small mountain of decaying excrement accumulates between the manhole and a rickety wooden vegetable cart. Two co-workers reach down and yank Rakesh out by his sore, extended arms, his body splattered with putrid muck. At 27, with a wife, three young daughters and a monthly income of about $100, he has been a sewage worker for the Delhi Jal (Water) Board for the past 10 years. 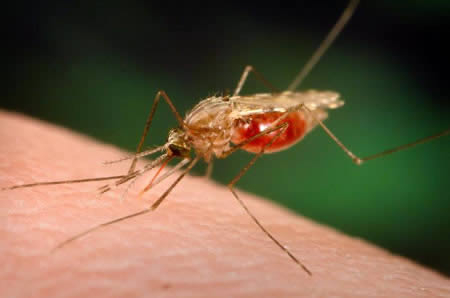 Scientists fighting malaria must study the biting habits of the mosquito that spreads it. In Brazil, that's the Anopheles Darlingi, which doesn't fall for the light or wind traps researchers use in Africa: this smart little sucker will come near scientists only when they offer themselves as bait. In the early evening, when mosquito activity is busiest, a mosquito dinner- researcher finds a nice buggy area and sets himself up inside a mosquito-netting tent with a gap at the bottom. Mosquitoes fly in low and get trapped inside, where the researcher sits stoically, sacrificing his skin to science. He needs focus only on his legs to keep him busy: whenever a mosquito chooses a drumstick dinner, the researcher draws it into a mouth tube and then expels it into a container. Veteran researcher Helge Zieler used to put himself on the menu  twice a week. On his best evening, he caught 500 Anopheles in 3 hours. Meanwhile, of course, the skeeters feasted on his entire corpus-a grand total of about 3,000 bites, or an average of 17 per minute for 180 minutes on end. "It's not so bad," he says, explaining that his personal response to mosquito bites is an immediate itch that goes away naturally in a few minutes. Except when his response is to contract malaria. Despite taking prophylactic chloroquine, Zieler developed a case that took him two years to shake.

This job is a sort of combination of garbage collector and gastroenterologist, and arguably more disgusting than both put together. Although most people in polite society methodically avoid situations where they need to use a portable toilet, modern outhouses can be lifesavers. As gross as they can be, they'd be worse without the folks who clean them for a living. Using a tank and a vacuum wand, cleaners must suck up all the waste in a portable toilet. After picking up any stray toilet paper, they also wash down all surfaces that could possibly be soiled, including the walls. This is when a high-pressure hose comes in handy. Usually, cleaning one portable toilet takes only a few minutes, and most workers clean from 10 to 60 of them a day. But it's not always that easy: Portable toilets that tip over require more damage control. Nevertheless, some cleaners grin and bear it and take home $50,000 a year. 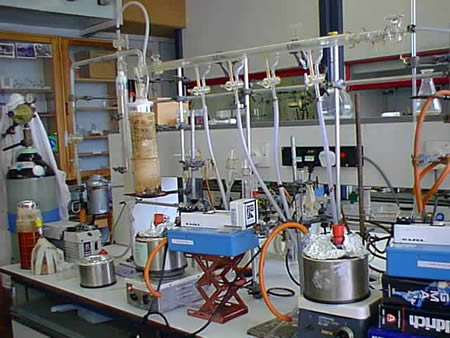 Odor judges are common in the research labs of mouthwash companies, where the halitosis-inflicted blow great gusts of breath in their faces to test product efficacy. But Minneapolis gastroenterologist Michael Levitt recently took the job to another level-or, rather, to the other end. Levitt paid two brave souls to indulge repeatedly in the odors of other people's farts. (Levitt refuses to divulge the remuneration, but it would seem safe to characterize it thusly: Not enough.) Sixteen healthy subjects volunteered to eat pinto beans  and insert small plastic collection tubes into their anuses (worst-job runners-up, to be sure). After each "episode of flatulence," Levitt syringed the gas into a discrete container, rigorously maintaining fart integrity. The odor judges then sat down with at least 100 samples, opened the caps one at a time, and inhaled robustly. As their faces writhed in agony, they rated just how noxious the smell was. The samples were also chemically analyzed, and-eureka!-Levitt determined definitively the most malodorous component of the human flatus: hydrogen sulfide. 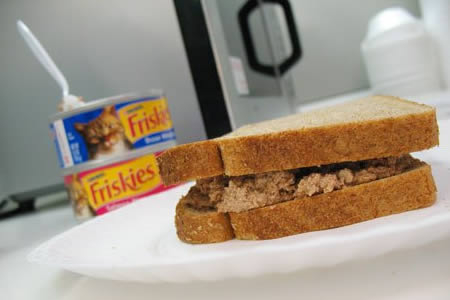 British man Jon Hanson had what he describes as the worst job in his entire life: quality control on cat food. His task involved several test as he describes. Test 1: Bury face in a huge tub of it and sniff it to make sure it's fresh. Test 2: Plunge arms in it up to the elbows and grope for bony bits and take them out. Test 3: Scoop up huge dollop of it, smear it flat on surface and prod it with fingers to test how much gristle is there. Uggghh! 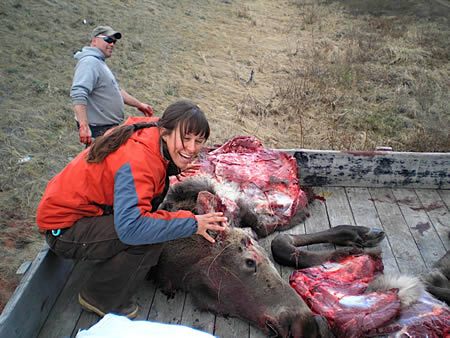 Pretty self-explanatory. Roadkill collectors not only have the job of peeling the remains of dead creatures in decay off the road in various states, they also get to do it while braving oncoming traffic. 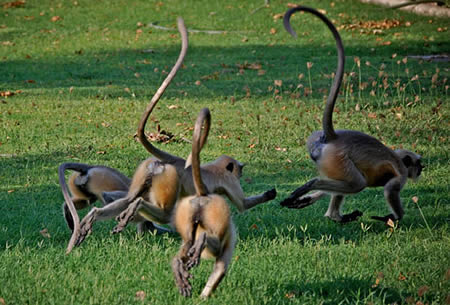 10. Monkeys Chaser at a Safari

Marin from Canada was hired to work in a safari zoo. He had to be caged-in in a car and drive around from one reserve to the next. Monkeys always climb on top of the car and usually enjoy a free ride for a while. At the exit of the monkey reserve is a zoo worker equipped with a stick. His duty is to prevent monkeys from leaving the reserve on a car. Imagine chasing monkeys in the glowing sun for eight hours.