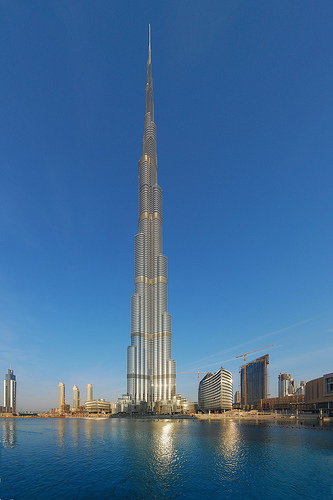 1) Burj Khalifa is a skyscraper in Dubai, United Arab Emirates, and the tallest man-made structure ever built, at 828 m (2,717 ft). Construction began on 21 September 2004, with the exterior of the structure completed on 1 October 2009. The total cost for the project was about US$1.5 billion. The project's completion coincided with the global financial crisis of 2007–2010, and with vast overbuilding in the country, led to high vacancies and foreclosures.

2) Taipei 101 is a landmark skyscraper located in Xinyi District, Taipei, Taiwan. The building ranked officially as the world's tallest from 2004 until the opening of the Burj Khalifa in Dubai in 2010. Taipei 101 comprises 101 floors above ground and 5 floors underground. The name of the tower reflects its floor count. The building was architecturally created as a symbol of the evolution of technology and Asian tradition. Its height is 509.2 m (1,670.6 ft).


3) The Shanghai World Financial Center is a supertall skyscraper in Pudong, Shanghai, China. It is a mixed use skyscraper which consists of offices, hotels, conference rooms, observation decks, and shopping malls on the ground floors. On 14 September 2007 the skyscraper was topped out at 492.0 meters (1,614.2 ft) and became the second-tallest building in the world; as well as the tallest structure in the People's Republic of China. On 28 August 2008, the SWFC officially opened for business and two days later, the world's tallest observation deck opened with a view from three levels. The highest view is at 474 m (1,555 ft) above ground level. It continues to have the tallest observation deck in the world surpassing even the Burj Khalifa. 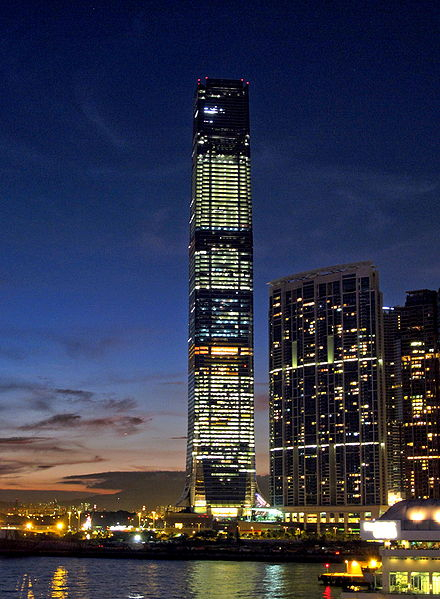 4) The International Commerce Centre is a 118 floor, 484 m (1,588 ft) skyscraper completed in 2010 in West Kowloon, Hong Kong, making it the tallest building in Hong Kong. It is a part of the Union Square project built on top of Kowloon Station. The development is owned and jointly developed by MTR Corporation Limited and Sun Hung Kai Properties, Hong Kong's metro operator and largest property developer respectively.

Its formal development name is Union Square Phase 7 and the name International Commerce Centre was officially announced in 2005. International Commerce Centre was completed in phases from 2007 to 2010. Upon completion in 2010, the skyscraper became Hong Kong's tallest building, with the third highest roof in the world after the Burj Khalifa and the Shanghai World Financial Center. 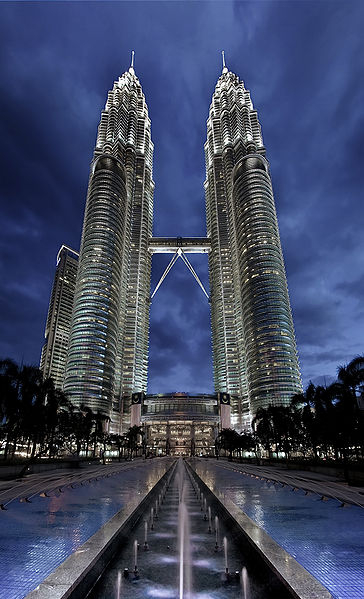 5) The Petronas Twin Towers in Kuala Lumpur, Malaysia were the world's tallest buildings from 1998 to 2004, when their height was surpassed by Taipei 101. The towers remain the tallest twin buildings in the world. Their height is 451.9 meters (1482.6 feet). 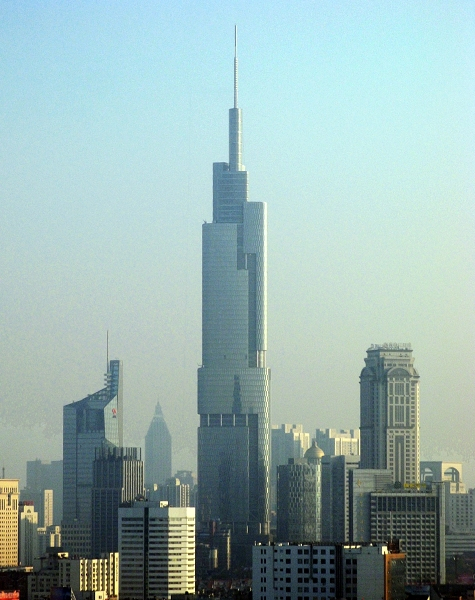 6) The Nanjing Greenland Financial Center is a 450-meter (1,480 ft) super tall skyscraper completed in April 2010 in Nanjing, China. The 89-story building features retail and office space in the lower section, and restaurants and a public observatory near the top. 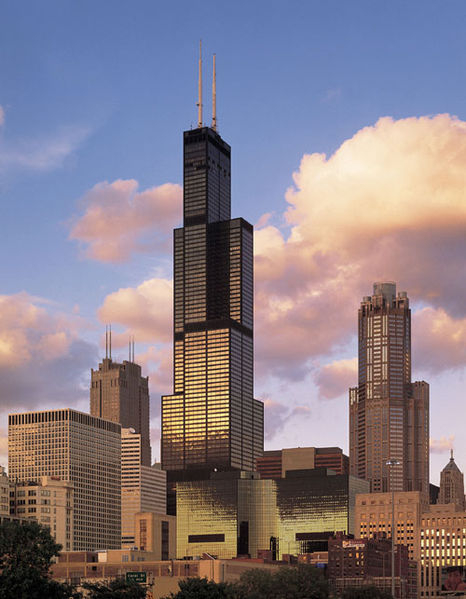 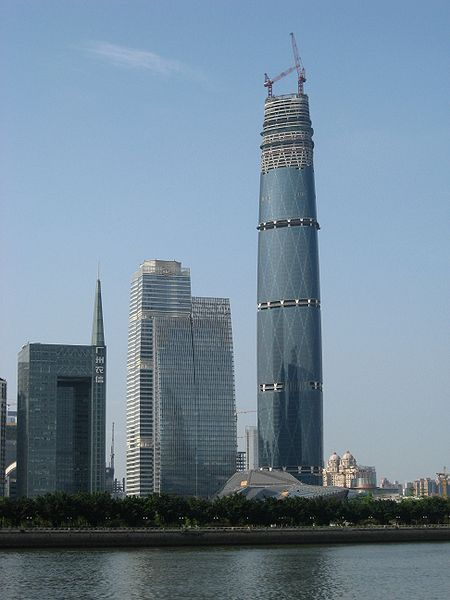 8) Guangzhou International Finance Center is a 103 story, 440.2 m (1,444 ft) tall skyscraper at Zhujiang Avenue West in Tianhe District at Guangzhou, China. The building was topped out at the end of 2008.